They say rising interest rates are the sign of a good economy, but what does it mean for new home buyers? We all know prices are on the rise. Like many Americans, you’re likely feeling the impact on your wallet from the gas pump to the grocery aisle. Recent news stories would suggest the housing market seems to be no exception. If you’ve been thinking about purchasing a new home this year, these recent changes may have you questioning if now is the best time to buy or not. Recent federal policy changes may have us returning to our pre-pandemic interest rates, but don’t let the news fool you. Even with interest rates moving up a couple of percentage points from their all-time low in 2021, it’s important to remember that they’re still at a historic low. We’re here to break down the reason behind these rate changes and what you can expect moving forward.

Is Now Still a Good Time to Buy?

In a recent segment from Reno’s KRNV 4, local mortgage lender Shivani Peterson reported, “This rise in interest rates may be temporary, but its certainly having an impact on housing affordability right now, which whether you are looking to rent or buy, is a pretty big deal in Reno.” Peterson continued, “Even with the housing market red hot right now, mortgage advisors say buying is still a better deal than renting, with rent in Reno increasing at an average of 17% year over year.”

The reason some of these industry experts are calling for potential home buyers to “act quickly while market conditions are still favorable” is because they know that jumping on these rates while they remain historically low may potentially mean significant savings over the life of your home. This is also an avenue for you to build a long-term asset. 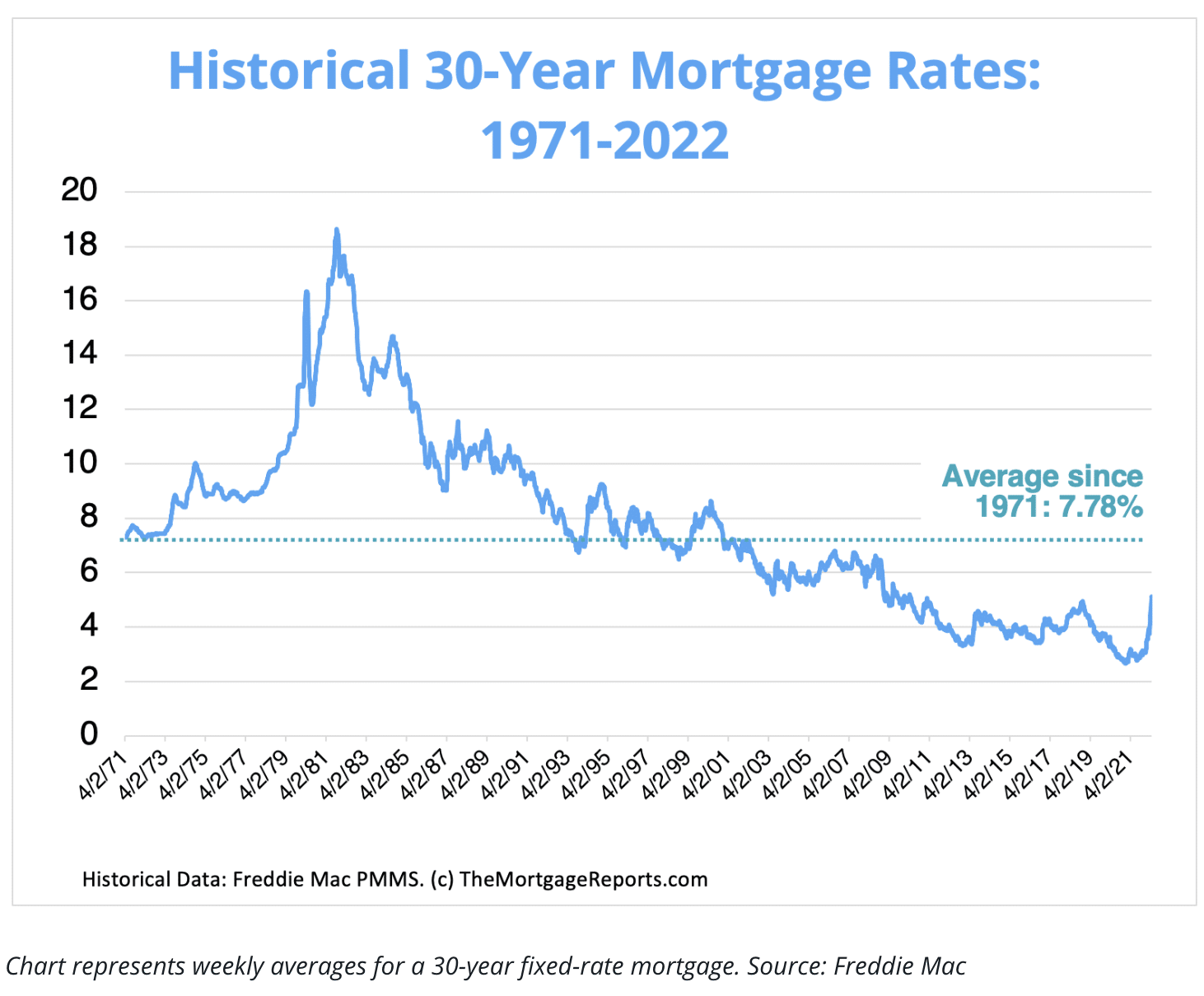 Thanks to data provided by industry authority Freddie Mac we’re able to look back on mortgage rates from 1971 to the present. The chart shows the average American mortgage rate over the last 50 years has been just under 8%. That average is still significantly higher than the rates we’re seeing available today. Today’s rates are very much on par with the average rates before the start of the pandemic.

When talking about rising rates and record-setting lows, we must look to the national averages and patterns. Continuing to look at the above chart, we see the large spike in 1981 when mortgage rates skyrocketed as high as 18.63%, after falling to nearly half by the late 80s. Through the 90s and early 2000s, rates continued to trend down, averaging around 7 to 10%.

Why Were Rates So Low?

In the early days of the pandemic, the Federal Reserve took emergency action to stimulate the economy. As a result of these urgent measures, rates fell to 3% on 30-year fixed mortgages by July 2020. These rates continued to fall until finally making history in January of 2021 when we saw the lowest rates in history coming in at 2.65%.

So Why Are Rates Increasing Now, and Will They Continue to Rise?

The motive behind these rate hikes is what the fed is calling a battle against stubbornly high inflation. Currently, the inflation rate is higher than we’ve seen in four decades, and experts expect a 6% increase by the end of 2022. The combination of the economy recovering to its pre-pandemic state and recent policy changes mean continued increases are inevitable. It also means there’s still time for homebuyers to take advantage of current financing.